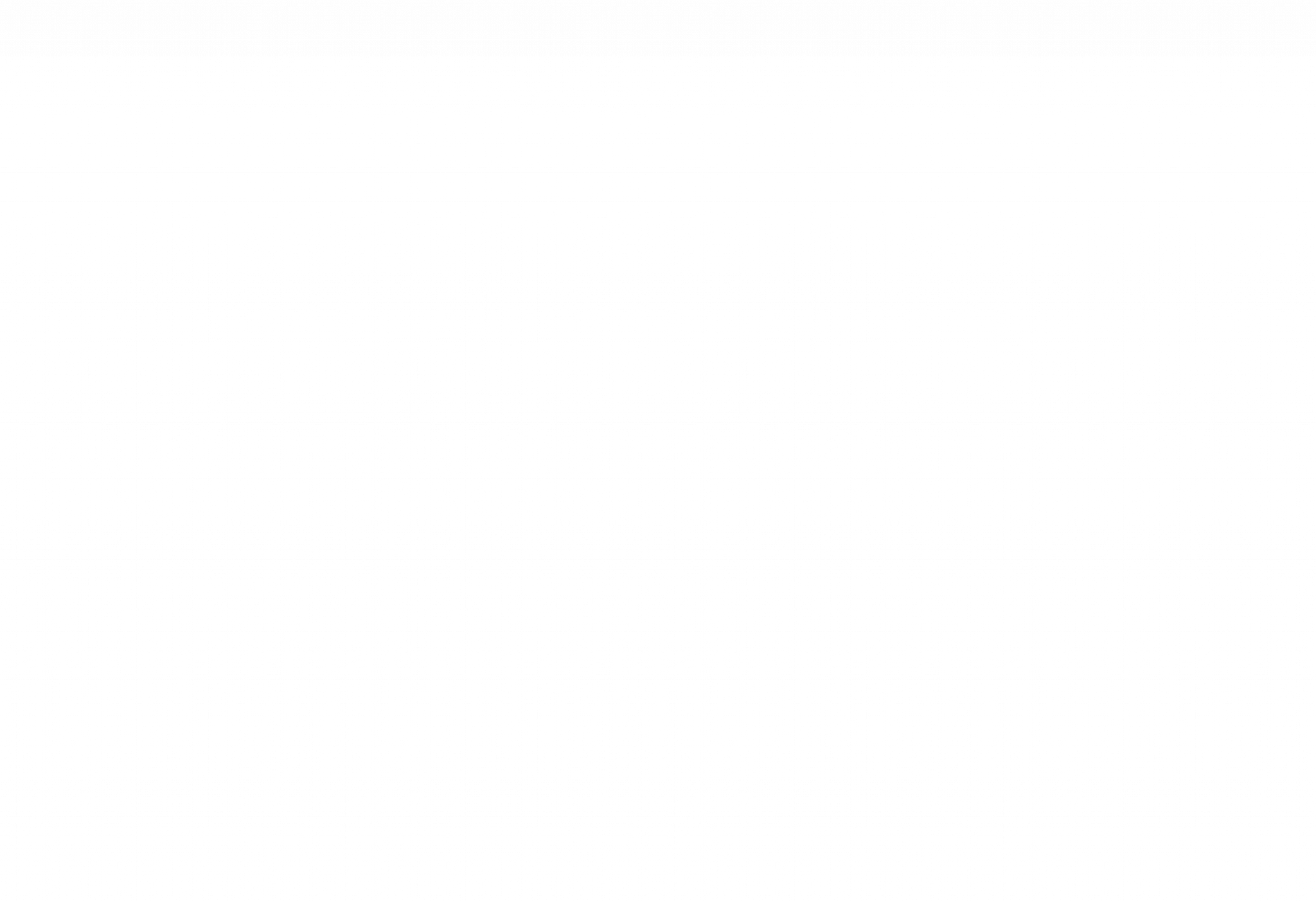 Sometimes when the odds are long we don’t even want to contemplate them. But we should. We really should.

With the 2028 Olympics now officially coming to Los Angeles, I’m working on a number of different commentaries that assess possible ways forward for USA Team Handball.  And, for those also inclined to dream of the future I’ve set up a Google Drive to develop documentation in a collaborative environment.  (Send me an email at john.ryan@teamhandballnews.com if you’re interested in participating.)

But, while it’s inherently logical to envision a strategy that centers around the 2028 Olympics and the automatic Olympic qualification that comes with it, it’s still important to remember that it’s 11 years away.  If you spend all of your time planning to be the team of the future, you might very well never get to that future.

That being said with very limited resources and critical shortcomings in just about every phase of development I think it’s pretty important to continually assess the quality of our National Teams and what their prospects are on the world stage.  To assess how likely Olympic Qualification and to a lesser extent World Championship qualification is so that informed budgetary decisions can be made.  If there’s a decent chance at Olympic qualification it makes sense to allocate more resources to support a robust effort to improve our national teams in the near term.  To get that team over the hump.  And, on the flip side if the odds are long, perhaps it makes more sense to direct limited resources towards other needs to facilitate development and a stronger run in the future.

With that introduction explanation as to why it’s important, here’s an assessment of our Olympic and World Championship qualification over the next two years.

The recent USA Women’s trip to S. Korea showed a bit of promise as the women were more competitive against professional and semi-pro club teams.  Still losing mind you, but way more competitive than matches against European club teams that had taken place just a few months earlier in France.

First I’ll tackle the 2019 Pan American Championships.  This event will take place probably in June and will likely include a qualification event for the North America and Caribbean region.  Here are my assessed odds for where the U.S. will finish.

Rationale for the different numbers

1st(<1%):  It’s really hard to see any other PHF team beating Brazil in the next two years.  Really, only Argentina has even a remote chance of such an upset.  I know folks like to bring up the “Miracle on Ice” analogy that in one game anything can happen, but it just doesn’t apply here.  The gap is just way too large and handball has too much scoring for such a miracle to occur.  It’s the equivalent of an NCAA Div 3 team beating Kentucky or Kansas in basketball.  Of course, anything is possible, but we’re not talking about a 1 in 10 chance like the 84 Olympic hockey team.  I’m thinking somewhere in the neighborhood of 1 in 250 or so is about right.

2nd (10%): Beating Argentina in a one off game, however, is conceivable. Argentina is clearly a better team than the U.S. and the other PANAM teams, but they are not that much better.  From a historical standpoint I’m pretty certain that the USA Women’s national teams from the 80s and early 90s would probably beat the current Argentina squad.  So, in theory a residency program clicking on all cylinders should probably be able to put together a team capable of finishing 2nd at the PANAM Games.  That being said I don’t think it’s very likely that can be accomplished in 2 years time.  There are a lot of variables here, but let’s be optimistic and give the USA a 10% chance of upsetting Argentina in a semifinal or group play match and securing 2nd place at the PANAM Games.

3rd (20%) and 4th (20%):  Overall, I would assess the U.S. chances of making the semifinals as a 50-50 proposition.  Some might pooh-pooh such a number since the U.S. hasn’t even made a PHF semifinal in over 14 years.  But, if they’ve been watching the U.S. play recently they should know that they are due to play for a medal.  And, playing for 3rd means an opportunity to qualify for the World Championship.  Meaning that overall, I would assess the Women as having around a 30% chance of participating in their first World Championship since 1995.

5th to Last (40%): But, while the U.S. has shown progress, they could also falter in pool play. Certainly, that’s been the case for the past few tournaments.

Fail to Qualify (10%):  I’d like to think this number is less, but it’s still possible to think that such a melt down could occur.  And, if Cuba decides to show up at a NORCA event, a decent team like the U.S. will find itself on the outside looking in, if they have a bad tournament.

You’ll notice that the numbers are the same and this is because the competition will roughly be the same.  The only significant difference is in the qualification format as the U.S. will likely play Canada in a series of qualification matches.  The Canadians have slipped a bit in recent years and I think the U.S. will be big favorites against them.  That being said, though, there’s still 1 in 10 chance the U.S. could slip up.

So are the U.S. Women’s Olympic dreams contingent on an extremely unlikely upset of Brazil?  Essentially nonexistent?  No, not quite.  Because Brazil is that good, it’s possible they could win the 2019 World Championship and then give Pan America one more Olympic slot.  After all, Brazil were World Champions in 2013 and beat Norway, the current World and Olympic Champions, just last summer at the Olympics in Rio.  But, while they clearly are capable of doing so, more often than not Brazil hasn’t done so well when they get to the knock out stages of major tournaments.  In fact, the 2013 World Championships is the only time they’ve made it to the semifinals.  The latest odds for the WC list them at a 16/1 underdog or roughly a 6% chance of winning, but, again let’s be optimistic and give Brazil a 10% chance of being the 2019 World Championships.

So, when one puts the two requirements, Brazil winning the World Championship and beating Argentina together you get a basic probability equation

Yes, a 1% chance of 2020 Olympic qualification.  And, honestly that’s being pretty optimistic.

Now let’s take a look at the Men’s chances.  Before, we do that, however, it’s important to note that there are a lot of question marks concerning the Men’s National Team roster.  Since the 2016 Pan American Championships (the U.S. placed 8th out of 12 teams) the U.S. Sr. team has played only a handful of matches.  This past summer using a roster mostly composed of athletes at the Residency Program in Auburn they split 4 matches vs Canada 2-2.  I suspect, however, that the strongest possible U.S. roster would rely mostly on players based overseas, Gary Hines, of course, and several promising younger dual citizen players who have made our Jr. team competitive.   Whether the U.S. will field such a roster, however, remains to be seen, but I’ll assume that they will.  (If for some reason they don’t, though, their odds for success will be even longer than what I’ve assessed below.)

As far as the competition in PHF, unlike the Women’s competition, there is no one team which is overwhelmingly stronger than the competition.  Instead, there are two teams (Brazil and Argentina) which are substantially better.  The gap is still pretty large, though, just not at the extreme level it is with the Women.  A notch below Brazil/Argentina are Chile and Greenland and then below them are several teams roughly on par with the U.S.

First, here’s a look at the Pan American Championships which are scheduled to take place in Greenland next summer.

1st(<1%):  While the Brazilian and Argentinian Men aren’t out of this world better like the Brazilian Women they are still quite a bit better than the U.S.  So instead of a one off miracle victory being a 1 in 250 or so proposition it’s probably around 1 in 50.  That may provide some comfort that there’s a 2% chance of an upset, but it’s tempered by the need for the U.S. to likely execute two back to back 2% upsets, beating one top side in the semifinals and then turning around and beating the other in the finals.  The math (.02*02= .0004) is ugly and puts the chances of that happening at around 1 in 2,500.  Unlike C3PO, however, I don’t think you can simply perform the math equation.  After all, if the U.S. were to pull off 1 such victory, pulling off another wouldn’t seem so hard anymore.  That being said, it’s a real stretch right now to think that the U.S. Men are capable of pulling off such a twofer.

2nd (2 %):  As discussed, a one off victory of Brazil or Argentina is very unlikely, but conceivable.  It would take the U.S. playing out of this world and one of those sides having a real off day.  A 1 in 50 occurrence, although, I’m sure some might argue that it’s even worse than that.

3rd (3%):  The assessed odds for 3rd aren’t much better than 2nd and that’s primarily due to the location of the championships in Greenland.  This is possibly the biggest sporting event ever to take place in that country.  If Greenland is in the semifinals they will be extremely difficult to beat in a 3rd place match with a World Championship bid on the line.  Chile would also be tough to beat.  Heck, Greenland even beat Argentina in 2016 so it wouldn’t be much of a shock for them to knock off Brazil or Argentina at home, meaning that one of those two sides would need to be beaten in a one off match for WC qualification.

4th (10%):  A fortunate draw could mean that the U.S. would only have to beat Uruguay or a similar team to reach the semifinals.  An unfortunate draw will mean beating Greenland and/or Chile.

5th-Last (75%):  If past history is a guide, the U.S. will likely lose 2-3 matches in group play and play for a consolation place

Fail to Qualify (10%):  In 2016, the U.S. didn’t even have to play in a North American & Caribbean qualification tournament.  That could also be the case in 2018.  Or an event could be held whereby the U.S. would need to secure a qualification slot.  I think the U.S. should be able to secure a slot against the likes of Canada, Mexico, Puerto Rico, but it’s not guaranteed.

As far as the PANAM Games go this tournament is actually a bit easier due to fewer teams from South America and Greenland not being allowed to participate.  The U.S. would still need to first beat Canada in qualification, but should they make the final tournament they will have better prospects of making the semifinals.  But, once there they would still need to then execute the double upset and it’s really hard to imagine the U.S. doing so.

But, while the odds for the near term are extremely long for the 2020 Olympics there’s still a fighting chance for WC qualification, particularly for the Women.  Does that possibility alone, in the near term, justify directing the Federation’s limited resources towards national teams?  And, what about the midterm and the lead up to 2028? In part 2, I’ll address those questions and more.